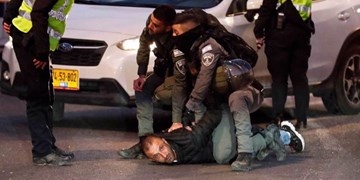 The Organization of Islamic Cooperation (OIC) censured the recent attacks by Israeli military forces and settlers against the Palestinian residents of the occupied East Al-Quds neighborhood of Sheikh Jarrah.

In a statement released on Monday, the 57-member body said Israel’s policy of Judaization of East Al-Quds, its settlement expansion, and the forced displacement of Palestinian families stand in flagrant violation of international law and the Geneva Conventions, presstv reported.

The OIC urged the international community to intervene for the good of the Palestinians.

A controversial far-right Jewish lawmaker opened a parliamentary office in the neighborhood in what was described as an effort to exacerbate the situation in the district. Scuffles broke out on Sunday as Itamar Ben Gvir of the Religious Zionism alliance opened the office in Sheikh Jarrah.

The Palestinian Ministry of Foreign Affairs and Expatriates condemned Ben Gvir’s step as a “provocative and escalating move that threatens to ignite violence”.

The ministry said the failure of the international community and the UN Security Council to take necessary measures to compel Israel to stop its occupation of Al-Quds encourages the occupying power to forge ahead with its colonial Judaization projects in the Holy City.

Earlier, the Palestinian resistance movement Hamas issued a strongly-worded message of warning to the Israeli regime and settlers after the latter renewed assaults on Palestinians in Sheikh Jarrah.

Sheikh Jarrah has been the scene of frequent crackdowns by the Israeli police on the Palestinians protesting against the threatened expulsion of dozens of Palestinian families from their homes in favor of Israeli settler groups.

Since Israel seized East Al-Quds in a 1967 war, Israeli settler organizations have claimed ownership of land in Sheikh Jarrah and have filed multiple lawsuits to evict Palestinians from the area. Much of the international community considers the Israeli settlement structures illegal under the international law due to their construction on occupied territory.

Hamas warned that Israel’s never-ending aggression and the crimes committed by settlers against the Palestinian people will not go unpunished.

In a statement released on Monday, Ezzat Al-Resheq, a member of the Hamas political bureau, said demolishing houses, forcing people from homes, and killing young men will not go unanswered. He described Israel’s systematic demolition of Palestinian homes as a crime against humanity.

The Hamas official said the current Israeli policy would never make the Tel Aviv regime secure, rather it would galvanize the Palestinian people’s resistance.

Elsewhere in the statement, Resheq saluted the brave Palestinian youth for standing up against the Israeli aggression across the occupied territories.

Palestinian rights groups and activists have warned that Israel’s behavior in the occupied West Bank could lead to a new Intifada (uprising).

Tel Aviv is under fire for its extensive use of lethal force and extrajudicial killing of Palestinians. Incidents of sabotage and violence by settlers against Palestinians and their property have become a daily occurrence throughout the occupied territories, particularly in the West Bank. But Israeli authorities rarely prosecute settlers.

Separately, Palestinian prisoners in Israeli jails declared Monday as a ‘Day of Rage’ in protest against a series of new Israeli punitive measures. The protest action includes a one-day hunger strike.

Meanwhile, the sick prisoners at Israel’s notorious Megiddo Prison decided to stop taking medicines in protest against their detention without a charge or trial.

Palestinian detainees imprisoned under Israel’s so-called policy of administrative detention continued their boycott of the Israeli military courts for the 45th consecutive day on Monday.

The boycott includes the initial hearings to uphold the administrative detention order, as well as appeal hearings and later sessions at Israel’s ‘Supreme Court’. At least 500 Palestinian prisoners have so far registered their protest against the controversial policy by refusing to show up for their military court hearings since the beginning of the year.